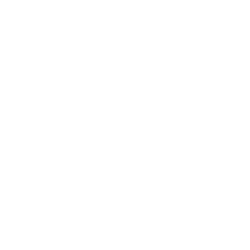 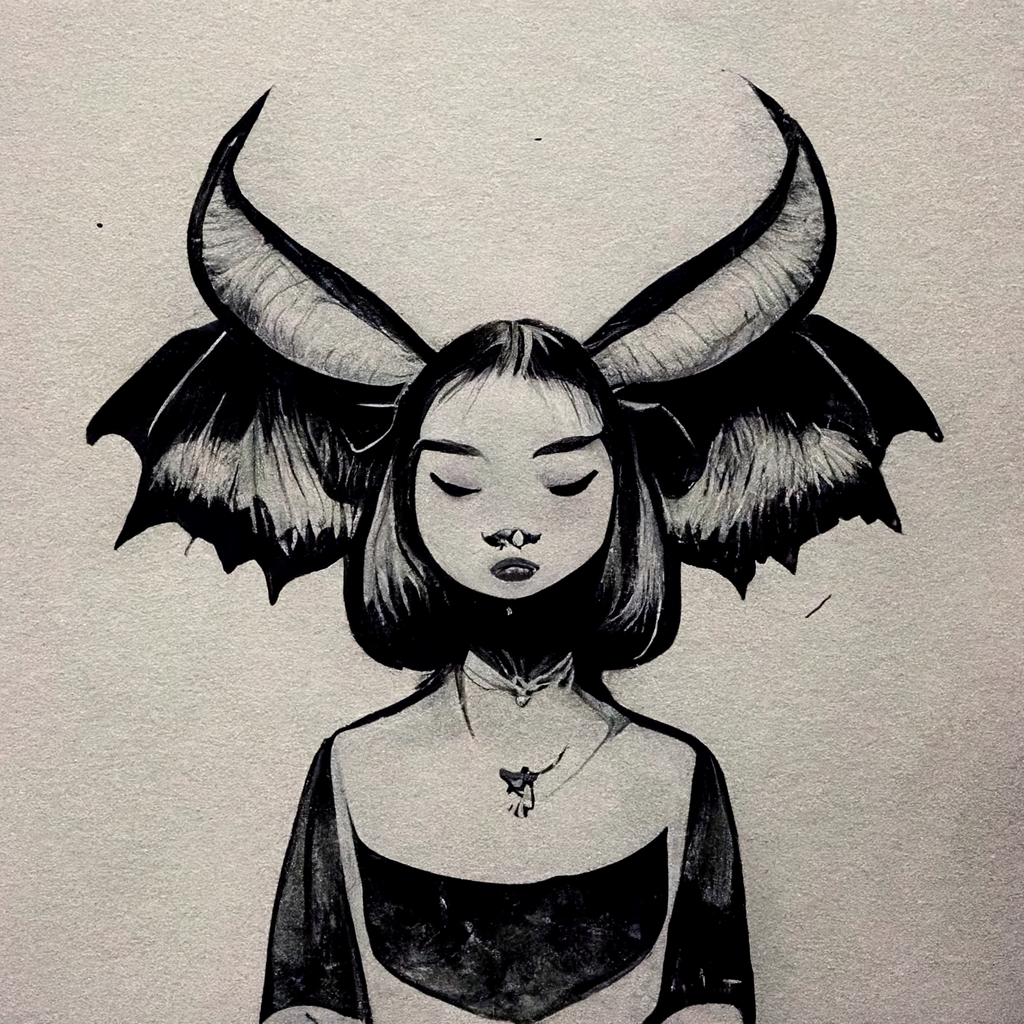 The War of Artist Robots

I remember that scene, in I, Robot, in which the robot,co-star of the film, makes a drawing with pen and paper in no time at all. He draws a dream he’s had: a robot rises above others as the savior of his own “kind,” enslaved and represented below him, with what appears to be the broken Brooklyn Bridge abutment in the background.

By the way… what is an AI? Well, I’ll tell you right now. In fact, let’s just let an AI write it. In this case OpenAI.

Artificial art or, more precisely, art generated by artificial intelligence (AI) is a new art form that is emerging thanks to the evolution of technology.

AI can be used to generate drawings, paintings and sculptures, as well as compose music and create films and videos. In many cases, AI is being used to create artwork in collaboration with humans.

Artificial art can be generated using a variety of algorithms, including machine learning, fractal generation, and noise generation.

Machine learning is a method of AI that allows machines to “learn” from the data they provide. This type of algorithm has been used to generate some great quality paintings, including those of “The Next Rembrandt” and “Ai-Da”.

Fractal generation is another method that can be used to generate artificial art. Fractals are geometric figures that have a structure similar to that of crystals.

What you have read is the result of a simple prompt that I entered in a text box, specifically Write a 1000-word blog post about AI in Italian. Below is a screen of how the interface looks like (the text is in Italian, precisely, because I wanted to test its potential in my language… because in English it would have been too “easy”). 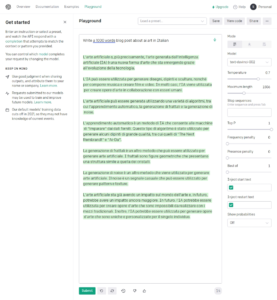 Among other things, it was quite exhaustive and crystal clear in describing itself, so I avoid going into further detail. All in all, a good job. But we’re here to talk about art-related AI, so I’d like to start with an example.

In this case I asked Midjourney to create an image starting from my own style.

/imagine prompt: an Ink illustration of a demon girl with bat wings and big horns, in the style of the instagram user @enzotriolo_ 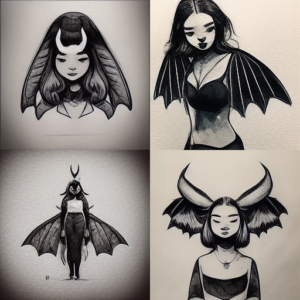 From the four options, I have selected two for the “finals”. 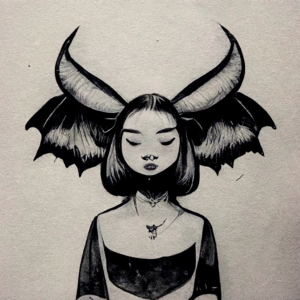 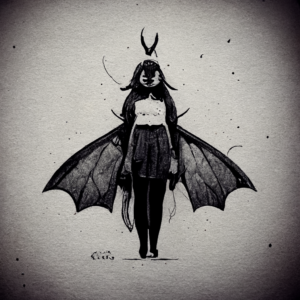 Well, apart from that she came close enough (but not quite), what can I say?

AI essentially does this: it algorithmically understands the variables of an image and, by combining them with other data, tries to represent something that is plausible. Sometimes it produces works of impressive workmanship, sometimes it creates opprobrium, but most of the time it produces images that are at least acceptable, in which there are obvious problems of anatomy, proportions, which however the brain manages to compensate for. Starting from these assumptions, many people have thrown themselves into the world of generative art, flooding the web with images which, due to the concepts explained above, can appear almost professional if seen in small dimensions, but by zooming in a little, one immediately notices which are the critical points: lack of definition of the subjects represented, a certain stylistic repetition (especially if one writes “trending Artstation 4K” among the prompts, as I have often seen done). I show you some examples developed by me some time ago, one with Midjourney, the other with Dall-E. 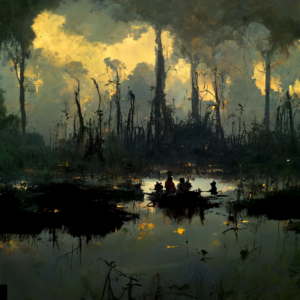 But that was enough to send the digital artists community (or a part of it, to be honest) into total panic. For months on social media, rivers of words and minutes of videos have been spent reflecting on the question of artificial intelligence, for better or worse with constant reflection:

Artificial Intelligences will steal our jobs!

Eeeh… Nope.
Or rather, I wouldn’t be so drastic.
But we talk about it in a second part, which will be out soon.